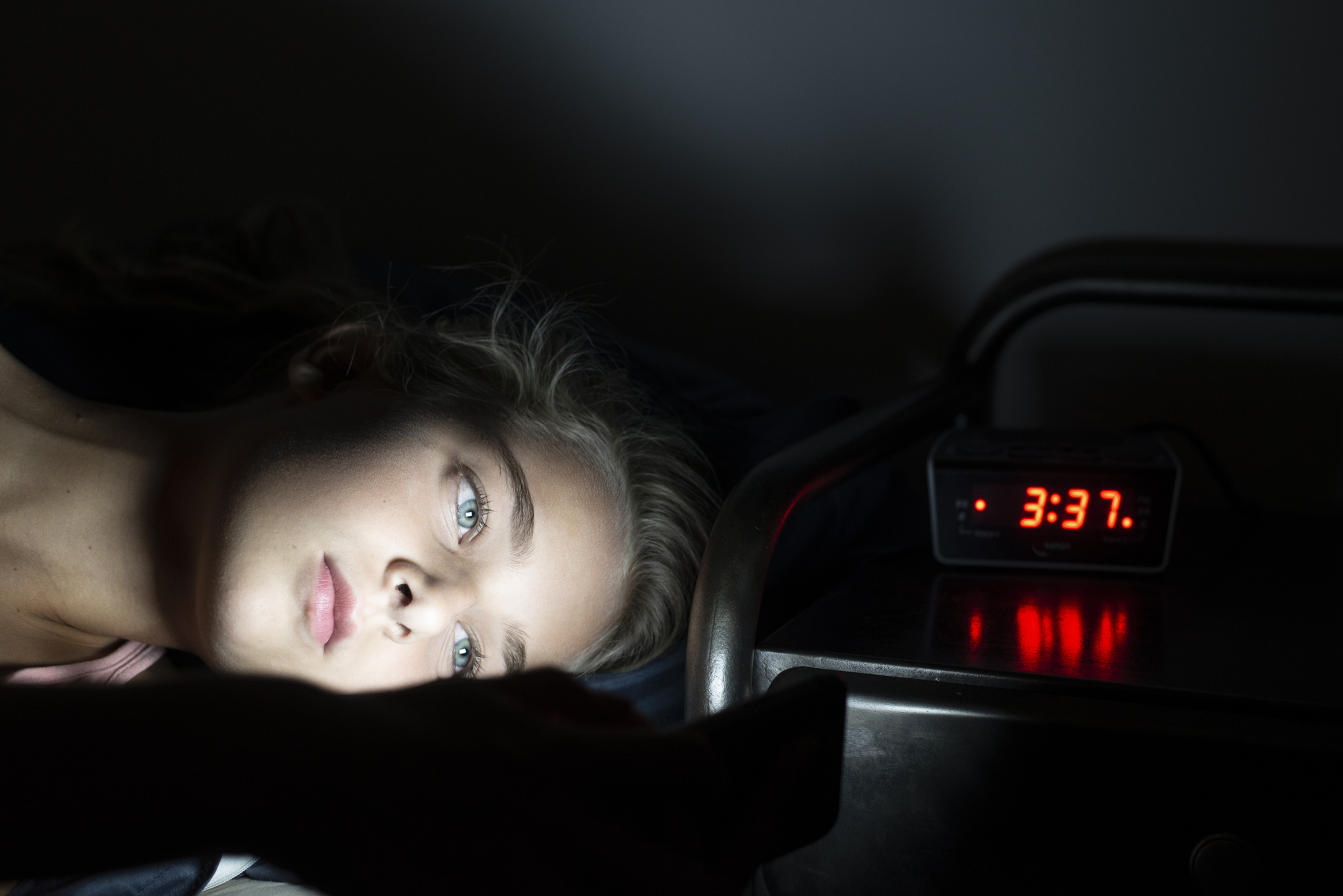 School. Homework. Practice. Family. Friends. With the sheer number of their commitments, some student athletes find it hard to fit sleep into the equation. But without proper sleep, there’s no way an athlete can give their best during play or studies.

It’s a vicious cycle: a student will stay up late studying for a test, won’t get the sleep they need, and show up foggy for the next day’s activities. Practice may not go well, so they could get frustrated.  They may start falling behind in homework.  They’ll feel worse, so they may grab an unhealthy snack to feel better. Lack of sleep combined with poor nutrition can increase stress and send the student into a truly unhealthy cycle.

The National Sleep Foundation recommends that teens get 9 ¼ hours of sleep per night. But most teens don’t get that much sleep, “One study found that only 15% reported sleeping 8 ½ hours on school nights.” (Teens and Sleep, 2013) Without proper sleep, teens will have a harder time concentrating on their studies and their athletic performance will suffer.

Adequate sleep for student athletes is key in preventing negative outcomes.  According to Kevin Costello in Why It Does Pay to Fall Asleep, “Sleep is often the forgotten component of high performance.  It’s important because it is the time when actual physical growth occurs and tissues recover from daily activity. Sleep-deprivation leads to fatigue, which can cause a decrease in both academic and athletic performances.” (Costello, 2006)

A decrease in sleep can also have other side effects, including depression. There is an even greater chance of developing depression when you factor in stress.  Students are worry over test scores, practice and their social life, so all that anxiety can lead to poor sleep, which can lead to depression. (Teens and Sleep, 2013)

Not only does sleep affect a student’s academic and athletic performance, but a lack of sleep may lead to a greater risk for injury. In a study conducted with student athletes at Harvard-Westlake School outside of Los Angeles, over 75% of participants reported getting less than 8 hours of sleep per night. During the 21-month period of the study, 57% of athletes reported injuries; 38% reported multiple injuries.  Researchers noted that in this study, sleep was the greatest predictor in injury. (Neale, 2012)

In a study performed at Stanford University, student athletes were asked to increase their sleep to 10 hours a day for six to seven weeks.  Overwhelmingly, the study showed that athletic performance, including sprint and reaction time, increased with more sleep.  Lead author Cheri Mah, of the Stanford Sleep Disorders Clinic and Research Laboratory, notes, “many of the athletes in the various sports I have worked with, including the swimmers in this study, have set multiple new personal records and season best times, as well as broken long-standing Stanford and American records while participating in this study.” (Extra Sleep Improves Athletic Performance, 2008)

Sleep is critical to good athletic and academic performance.  Good sleep can help an athlete manage stress and can lead to better eating habits. (Teens and Sleep, 2013)

With such strong research to support sleep, why isn’t it a top priority for students and coaches?

Students should aim for a balanced day. This means eight hours for sleep, eight hours for ‘work’ (academics and athletics), and eight hours for recreation. The eight hours of work includes classes, studying, homework, practices, and playing in games. Recreation includes activities with their family and friends, reading, exercising, music, or general hobbies. (Carpentier, 2004)

But this is the real world, where studying and practice can overwhelm a student’s schedule. In that scenario, both sleep and recreation will suffer, which can lead to a life filled with work activities.

So what can students do to improve their performance, both academically and athletically? Here are a few tips to prioritize rest and help your athletic and academic performance.

If a coach notices the student’s performance suffering, they should meet with the athlete and the athlete’s parents to discuss possible solutions.  A lack of sleep may very well be the culprit. So rest up for a better performance on and off the field!