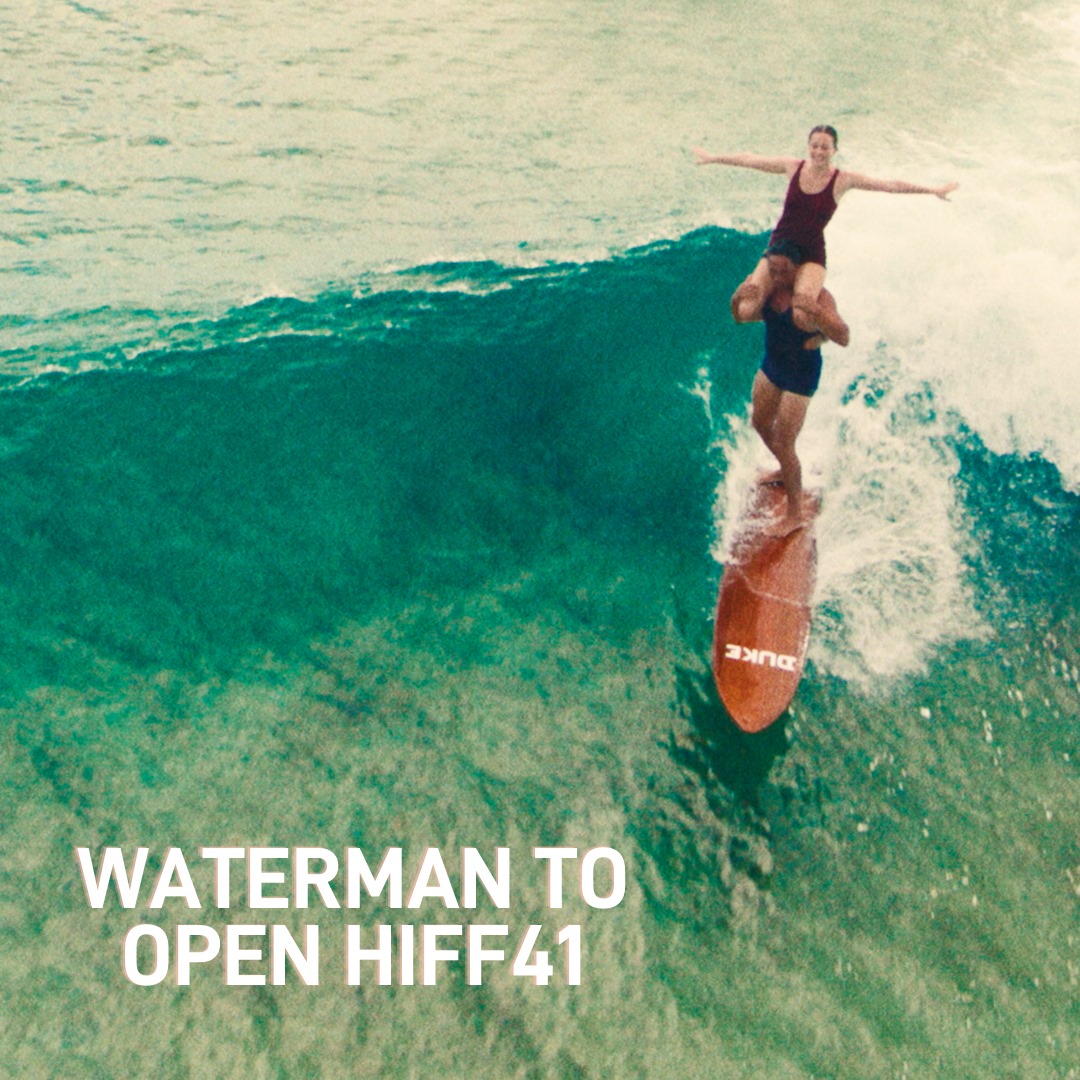 Honolulu, HI – The world premiere of Isaac Halasima’s Waterman which spotlights surfing legend Duke Paoa Kahanamoku has been set as the opening night film for the 41st Hawai’i International Film Festival (HIFF). The world premiere will take place on November 5 and be presented as an outdoor screening at the historic Bishop Museum on the Great Lawn. Encore screenings will take place on neighboring islands including the Palace Theater in Hilo on November 18, Waimea Theater in Kauai on November 20, and Consolidated Theaters in Maui on November 21.

The 41st Hawai’i International Film Festival presented by Halekulani takes place November 4-14 on Oahu and November 18-21 on neighbor islands. The full festival program will be unveiled on October 8.

“We are honored to present Waterman as the Opening Night film for HIFF41. This selection stays true to our mission to think global and act local, much in the spirit of Duke Kahanamoku,” said HIFF Executive Director, Beckie Stocchetti. “HIFF41 continues to showcase the best from American and Asian cinema, but this years’ program goes even further in bringing us home and exploring Hawai’i in depth through indigenous voices, environmental issues, and new works from both established and up and coming Pacific creators. We are proud to kick off the festival with Waterman and celebrate our resilience and community safely online, in-theaters, and outside,”

On the night of the premiere, to honor the legacy of Duke Kahanamoku, Bishop Museum will debut a new display featuring Hawaiian Olympians Duke Kahanamoku and World Champion surfer Carissa Moore, who was inspired by Duke and the connections he made with people around the world. Both of their surfboards and gold medals will be on display for audiences to enjoy.

“We’re excited to partner with the Hawaiʻi International Film Festival and host the World Premiere of Waterman,” said Brandon Bunag, Bishop Museum Vice President of Public Programs and Interim Director of Education. “Our Museum has always been a safe place for the community to come together to be inspired by our collections and their storied histories.”

Duke Paoa Kahanamoku is a Hawaiian icon and a five-time Olympic medalist. A native Hawaiian, Kahanamoku shattered records and brought surfing to the world while overcoming a lifetime of personal challenges.

Narrated by Jason Momoa, Waterman explores his journey and legacy as a legendary swimmer, trailblazer, and the undisputed father of modern-day surfing, following the sport’s first-time inclusion in this year’s Olympics – a fitting tribute to his work promoting the sport around the globe. Through his incredible athletic accomplishments and embodiment of the Aloha spirit, the film celebrates his triumphs and philosophy of inclusion, challenging us all to embrace diversity and incorporate Aloha into our own lives.

“As the son of a Polynesian immigrant, Duke was always somebody I felt I could relate and look up to. He was one of my heroes,” said Halasima. “My Uncle Jan Fisher, the sculptor who created the famous statue of Duke on Waikiki beach, made sure that I knew Kahanamoku’s story.”

He continued, “Before Uncle Jan passed away, he had suggested that I try to tell the story of Duke. And so I took up the rare opportunity to tell a story about a man who is part of my culture and ancestry. It’s been a long 5 year journey to finally get here, but I couldn’t be more excited to finally get this out there and help a new generation learn about the incredible Hawaiian Waterman.”

Waterman features rare archival footage, photos, and interviews alongside commentary from surfing’s biggest stars, including newly-crowned Olympic gold medalist Carissa Moore. Kahanamoku’s successes, struggles, and humanitarianism in the face of prejudice come together to weave a portrait of a local legend and global icon who became the face of Hawai’i.

“We were incredibly impressed on how director Isaac Halasima expertly crafted a major feature film that brings Duke Kahanamoku’s amazing life and legacy to life via archive newsreels, radio interviews, and hundreds of photos, by showcasing the iconoclast-to-be and how he embodied the Aloha Spirit. Waterman is the type of film we need to see, especially in these polarizing times. It is also a classic hero’s journey, and it will be very exciting to see on the big screen!” added HIFF Artistic Director, Anderson Le.